I know it has been way too long, guys.  But I wanted to start the New Year by sharing some of the overarching things I’ve been learning/feeling/experiencing in the last year or so.  They may feel all over the map.  Some are reflections on the beauty of God that continues to capture me, some are more reflections on my own brokenness.   Of course these things are never mutually exclusive.  But I’m starting with brokenness…I hope it speaks to all of you who want to be used of God, but sometimes wish you could stay home.  This is kind of a part one.  The next installment is on the “gratuitousness of grace.”

It was a brisk December evening in Manhattan, the city under the spell of Christmas lights.  I was warm in my seat in the crowded theater on what should have been a joyous night.  We were there to see the kitschy, fun musical Spider-Man: Turn Off the Dark.  I knew the show had got mixed reviews, but I didn’t care.  It’s Spider-Man on Broadway, and Bono and Edge wrote the music–how bad could it be?  I had just signed my first book deal 2 weeks prior, and my parents had invited Amanda and I to celebrate with them by spending a few days before Christmas in the Big Apple.

The show works on the level of sheer spectacle at least, so I was having a good time.  Until all of a sudden, I felt my eyes fill up with hot tears.  You should know I do not cry easily nor often, a fact I find more troublesome than encouraging.  And I most certainly do not cry at anything I consider sentimental or otherwise designed to pull on my heart strings.  I am immune to sap.  I would not cry if you sat me in front of a 1,000 tear-jerker Lifetime movies.

And yet the simplest, silliest of things wrenched my heart with shocking velocity.  It was toward the end of the musical, and young Peter Parker had decided he had enough of the Spider-Man business and all of the complications it had brought to his life.  He knew that he loved Mary Jane Watson, and he knew that he didn’t need the trouble of fighting super villains and feeling misunderstood in the city.  So he had just hung up the tights to be an ordinary guy.  And then, all hell broke loose.  All of the classic Spider-Man villains were plundering New York, and he was the only one who could help.

And in a flash, I felt a pang of sorrow in my ribs.  Why exactly can’t Peter Parker stay home with Mary Jane if that is what he wants to do?  What would be so wrong with that?  Why is he obligated to save New York City?  What does he owe anybody, and how could anyone have the right to place such expectations of him?  What’s wrong with being with the one you love at night rather than prowling the streets fighting crime?   The tears spilled hot on my cheek as this irrational emotion gripped me, and I honestly felt like I could have stood up and shouted: “HEY! It’s Peter’s life!  He ought to be able to stay home if he wants, damn it!”

No one knew about my reaction that night.  It’s not the sort of thing you want to bring up at dinner.  Of all the moments to feel this sudden surge of emotions, why on a trip to New York City celebrating my book deal with my family…at Spider-Man the musical?

That was December of 2011.  Since then, I have a bit of perspective on the wild emotion of that night. Dr. Sonja Lyubominrsky addresses this phenomenon in The Myths of Happiness: What Should Make you Happy, but Doesn’t, What Shouldn’t Make You Happy, but Does.  In her well-researched book, she deals with the odd reality that things (including major, “positive” life transitions) often leave us in the cold, whereas in many cases it is the unexpected little things where we derive much of our happiness.  “We may think we know whether a particular turning point should make us laugh or cry, but the truth is that positive and negative events are often entwined, rendering predictions about consequences—which may cascade in unexpected ways—exceedingly complex…when we consider the single best thing that has happened to us during past years—and the single worst thing—we may be surprised to learn they are one and the same.”

Indeed, this has been a pattern of my life in recent years.  My darkest and loneliest seasons have not been a product of my failures and disappointments per se, but upon the fulfillment of “hopes and dreams.”  These moments seem to be almost correlative to my greatest moments of elation.  I do not consider myself overly ambitious, so I was not aware of how much stock I must have placed in said hopes and dreams.  Until beginning to taste of them, and instead of feeling stronger and more powerful, feeling like the fact that God would seem to use me greatly only seemed to underscore the reality of my own brokenness.  That in so many ways I feel like the opposite of what my 6’5” frame and confident demeanor would seem to suggest.

I did not feel such empathy for Peter Parker because I have a Messiah complex, or have delusions that the world is in need of me to save it.  I resonate with Peter because there is a calling on my life that pulls me along with a force of inevitability, where I often don’t feel like I have a choice.  I often think of a letter John Wesley wrote to his brother Charles during a dark moment where he questioned whether or not he ever loved God.  He felt like God was using  him to save others, but had no confidence in that moment that he was saved himself.  He said he wanted to enlighten other men to a joy he himself did not know (again, at least in that moment).  The words that haunt me are Wesley saying that even through all of this he felt he was “borne along” by God’s Spirit.  That’s the phrase: “borne along.” He recognized God moving him, animating him, working through him, even while feeling completely broken himself.

I am aware that my life is comfortable and too much so.  I am aware of my blessings and I don’t take them for granted.  I know that life and ministry and health are unspeakable gifts, and I am privileged to do what I do.  And yet the weight of what feels like divine destiny is so heavy at times.  I do not want to be Spider-Man; I do not feel qualified to fight super-villains.  Sometimes I just want to stay home.

And yet by Holy Spirit, I am still borne along… 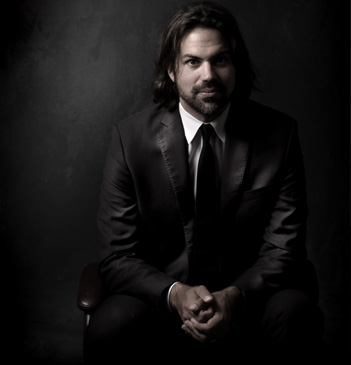